END_OF_DOCUMENT_TOKEN_TO_BE_REPLACED

Few need an introduction to the term cryptocurrency, even though its functionality remains a mystery to most people on the street; many seasoned financial professionals included.

Likely, what normally comes to mind, is criminal activity like money-laundering, and the dark web. Only recently, the Vice President of Research at clever-clog investment specialists Research Affiliates, Alex Pickard, referred to it as Internet Magic Money.

Incredible numbers for what originally began as a ludicrously ambitious attempt to challenge the status quo of the centrally controlled economic order following the 2008 economic crises and ensuing consumer rage against the financial system.

Full speed ahead for institutional investors; but arm-chair investors beware

Mind you, this figure is still barely a dent on the global financial market; but it’s enough to have piqued the curiosity of some in high, institutional finance.

And this is the point. For an ordinary man or woman dabbling in investments, the adage goes that you should ‘always know what you are investing in’. It’s poignant wisdom. Some have gained, but many will have lost their scalps by investing, or physically owning a piece of BTC and other cryptos because of the wild swings in price volatility over the past decade or so.

But this hasn’t stopped governments and investment markets in many developed nations looking into the feasibility of how to potentially legitimise this revolutionary financial concept.

The Japan government is notable for introducing official rules that make Bitcoin legal tender, while the Russian Central bank is hot on its heels. Even over here, Barclays have opened discussions with the FCA (Financial Control Authority) about the possibility of bringing cryptocurrencies into the mainstream through various initiatives, while the world’s largest investment house, BlackRock, recently applied to the US financial regulator; the SEC, to register a futures exchange in the product.

The big roadblock that consumers and savvy investors must consider, is that the proper authorities like the Bank of England in the UK and Federal Reserve in the US, are less willing to play ball. At least for now.

So, we’re probably still far from mainstream adoption. Thus, as a budding trader or investor, it’s certainly not worth losing your house over.

But as an exciting financial instrument and innovation to generate business and stimulate global trade. i.e. new trading marketplaces for institutions and governments, it’s certainly full speed ahead.

These combined efforts do at least show a recognition that cryptocurrencies will play an important role in the future of global finance. As more institutions step into the ring, and more central banks take note, more confidence will be garnered in cryptocurrencies as some type of legible alternative type of finance.

Yes, savvy finance experts and entrepreneurs should certainly keep one eye on this potentially era-defining marketplace.

But for us arm-chair punters, it’s best we sit down, and watch how far the experts can take us with this one. 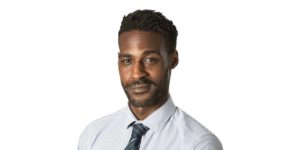