END_OF_DOCUMENT_TOKEN_TO_BE_REPLACED

The swift adoption of contactless payment has already started with Supermarkets such as Woolworths and Coles only accepting card transactions. The minimum limit has lifted from $100 to $200 to avoid any physical contact with payment terminals. https://www.bankingday.com/nl06_news_selected.php?

The Australian Payments Network announced it will apply to cards and mobile phones a day before Easter weekend.

The RBA said the ‘shadow’ or ‘black’ economy could be worth 1.5% of Australia’s GDP. Gone are the days of ‘cash only’ Asian restaurants and personal trainers exercising bootcamps with $100 on arrival. Paying can be effortless, tracking payments may give more accurate income and tax, but could it solve the whole financial system?

According to the International Monetary Fund the bank was trading just slightly above insolvency with the share price a fraction of its former self. A steep slippery dip share once €117 in 2007 down to a mere €5 a share. With almost no growth in Germany last year (only 0.6%) it could be time to rethink digital currencies to stabalise all that debt. When the US Government decided not to rescue Lehmann Brothers of their 600 billion debts, the systemic risk was unimaginational sending countries broke and shockwaves all over the World. Deutsche Bank has twice the net assets at a whopping 1.37 Trillion dollars (yes trillion) in over 58 countries. We recently saw the share price drop 30-40% with Australian pumping 130 billion dollars and barely bumped up 10%. The same Quantitative Easing (QE) game isn’t working. Could banks adopt a more stable digital currency, reliable and wipes clear all the current debts?

With 180 currencies recognised by the United Nations, a global digital currency could offer more than just simplicity. For years Think Tanks have debated the ‘cashless society’ since Bitcoin first appeared in January 2009, just after the Global Financial Crisis. Early adopters using the non-centralised currency saw sharp peaks and gains as it gained media hype. This time more sophisticated platforms and technology may become reality sooner than pundits expected. But could it have deeper implications for the broader economical issues, yet to be seen. All mobile devices and phones tracked, all payments tracked, all spending habits tracked sometimes even blocked. Although slightly Orwellian, it may be falling in the palms of what companies, governments and central banks have always wanted? Global digital currencies could be used anywhere in the world without hyperinflation, exchange rates and personalised for different regions. 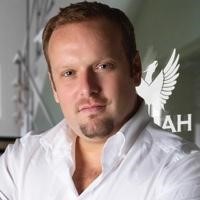