END_OF_DOCUMENT_TOKEN_TO_BE_REPLACED

The world and the technology that surrounds us have never moved at a more accelerated speed than in the present time.  Cryptocurrency is one such archetype of contemporary technology that has been revolutionising the world since its inception in 2009.  A popular cryptocurrency, Bitcoin (BTC) is currently the fastest asset in the world to reach a trillion USD in value, with a current market capitalisation of approximately USD1.1 trillion.  Given its popularity and potential to disrupt many industries, it places a significant onus on the general public to understand the nuances of cryptocurrency and its impact on our businesses and personal lives.

Cryptocurrency, colloquially known as ‘crypto’, is a term used to describe a digital currency platform where transactions are verified and recorded using an encrypted technique known as cryptography.  In most cases, this is accomplished via a decentralised system.   However, some are still controlled via a centralised authority. This system, where transactions are verified and records are maintained, is a digital ledger technology.  The most commonly known and used digital ledger is Blockchain.

Given the unwavering expansion of cryptocurrencies around the globe and the commotion it causes every day in the market given its volatile nature, far more volatile than your traditional stock markets, we need to understand why is cryptocurrency so important in today’s world?

Why is it important?

If history has taught us anything, it is that technology, with time, tends to advance itself.  After all, change is the only constant.  At the very core of cryptocurrency, being a digital currency is that it is a rapidly evolving technology.  Whether we like it or not, digital currency is here to stay and seems to have a promising future in the global economy.  You might ask Why?  Well, the simple answer is that it is designed to be secure, swift, digital, accessible and recognised globally as a ‘single currency’ – no exchange rates and reduced transaction costs.  It is the global currency!

Countries such as El Salvador, and multi-national corporations such as Tesla, Square and even Commonwealth Bank of Australia incorporating Bitcoin into their day-to-day operations, are a testament to the unstoppable demand that cryptocurrency has created in an unprecedented and short span of time.  This ultimately prompts us to ask a fundamental question – Will cryptocurrency take over fiat currencies in the imminent future?

Advantages of cryptocurrencies over traditional money

People who vouch for cryptocurrency, including experts who have dedicated the last decade to studying the fine print of digital currency, swear by the array of its advantages.  Bunjaku et al identify three primary advantages, namely anonymity, privacy and confidentiality[i] that are derived from the fact that it is decentralised money.  Further, many investors consider cryptocurrency adds diversity to their portfolio as it more often than not promises to create consistent returns for them[ii].

As cryptocurrency moves to replace our traditional money for everyday transactions, there is no denying that it remains a powerful investment tool.  However, several legal implications come with owning, transacting and investing in digital currency.  These implications are not lost on disciplines including taxation law, commercial law, family law, and even wills and estate planning.

Regulation of cryptocurrency in Australia

As Sydney-based Commercial and Corporate Lawyers, we have experienced an increased influx of matters involving cryptocurrency and notably the struggles our clients face with such a new and somewhat unregulated asset.

In Australia, while cryptocurrency is not yet considered ‘money’ akin to the fiat currency, it has become subject to the Anti-Money Laundering and Counter-Terrorism Financing Act 2006.  Since its amendment in 2017[iii], this legislation now extends its coverage to regulate service providers of cryptocurrencies through Digital Currency Exchange (DCE) and is administered by the Australian Transaction Reports and Analysis Centre (AUSTRAC).  This was brought into effect to minimise the risk of money laundering, terrorism financing and cybercrime, which are apparent risks associated with the volatile nature of cryptocurrency.  Though such volatility has been attempted to be stabilised with the emergence of ‘stablecoins’ in recent years, which similar attributes to that of traditional money.

Although it is not illegal to trade, it is subject to a series of requirements in order to identify, mitigate and manage the currencies from a series of laundering and terrorism acts.  Whilst an enticing benefit of cryptocurrency is its security and the lack of traceability minimising instances of fraud, AUSTRAC further secures the process by requiring all DCE providers to register before providing their services.  Failing to register means that the service provider is in breach of the law and therefore subject to penalties.

The Australian Tax Office (ATO) considers cryptocurrency (particularly, Bitcoin) as neither an Australian nor a foreign currency.  Instead, the ATO deems cryptocurrency a property or asset and therefore subject to Capital Gains Tax (CGT).  Given that it is an asset, it has significant implications in legal matters involving commercial transactions, family law property settlements and taxation law generally.

Although the Government has not overtly intervened with cryptocurrency and its related transactions, and while the Reserve Bank of Australia (RBA) maintains that it is no rush to issue a digital dollar similar to traditional money, there has been some focus on the central banks issuing a new digital form of cash, namely Central Bank Digital Currency (CBDC).  A CBDC is being designed with similar attributes to those of cryptocurrency  Whether you are new to trading or have been a long-time investor in cryptocurrency, it is always important to understand the implications the digital currency has on various aspects of life, especially when it comes to legal matters.

If you would like a better understanding of cryptocurrency and how it impacts your business and/or personal life, contact our experienced Commercial Lawyers who can provide tailored advice to you. 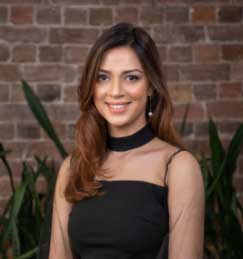