END_OF_DOCUMENT_TOKEN_TO_BE_REPLACED

Bitcoin and other cryptocurrencies have become phenomenally popular over the last decade. The total value of all cryptocurrencies now exceeds $1tn – that is compared to $2.1tn of US dollars in the form of notes and coins, and $20tn in terms of total M2 money supply. With those metrics in mind, cryptocurrency is clearly making significant strides in becoming a contender for the world’s universal currency. So, what is driving this phenomenal growth and what could be the future challenges that might derail its ultimate dominance?

The key advantages of cryptocurrency are two-fold: firstly, it supports cross border flows of value efficiently.  Secondly, it has become perceived by some as a universal store of value (albeit volatile), in a similar way to gold and other precious metals have traditionally been, but without the transport and storage costs.   Clearly both of these attributes also make it popular with criminals and this overlap is leading to increasing scrutiny by regulators from the US, China and elsewhere.

Barriers to becoming a global currency

China has perhaps gone furthest fastest, moving from being the capital of Bitcoin mining to banning all crypto-exchanges and transactions for Chinese nationals within 12 months. Whilst enforcement will not be easy, it is likely that China’s centrist system has a better chance than most. For countries like China, the opportunity to displace unregulated crypto with a state backed digital currency is one a proto super-state wouldn’t want to miss out on. Similarly, it seems likely that the US would be foolish to give up its privilege to control the worlds primary reserve currency without a fight.

In terms of barriers to becoming a global currency one of the key hurdles is to become a medium in which consumers and businesses can borrow. Without the ability to borrow, the economy would grind to a halt – consumers need to buy houses and cars, businesses need to buy equipment and stock. You need to borrow in the same currency as you earn revenue in, or otherwise be faced with the additional costs of exchange rate risk. Without this ability much of the sophisticated economic activity we see across the world is not possible.

Debt formation is typically seen as the primary route by which money is created. Every time a unit of money is lent out to a borrower, spent and then re-deposited by the recipient; it can then be re-lent again; each spin of the cycle creating more money in circulation. History shows us that this all works great, until it doesn’t. Recessions are a long-term feature of all economies. During a recession debtors can’t repay their debts and weaker banks can therefore go bust. To protect against this, governments regulate banks to ensure that they can’t take deposits or lend without sufficient reserves.

Currently the major international regulators are not willing to provide permissions for institutions to take interest bearing deposits or lend them out in cryptocurrency. Where it is happening, it is unregulated and come the next recession, depositors may well be at risk. This will create a lack of trust in crypto-deposit taking institutions and may become a major blocker to further crypto-currency use.

Even if governments did licence banks to take crypto-deposits the inability of the state to print more money to become the lender and issuer of last resort, has deep implications for monetary stability. In the end it is about trust; do we believe in governments to protect our local economic well-being (but with all the risks of corruption involved in any concentration of power) or would we prefer a global system without anybody in control? 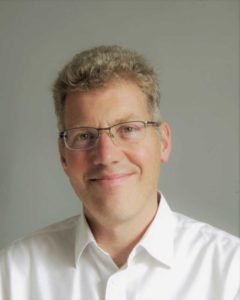 By Mark Somers, Director of Research at Risk Analytics Firm, 4most

4most is a UK based, credit and life insurance risk consultancy and is recognised internationally as one of the most dynamic and successful risk consulting firms. Specialising in areas of credit risk and life insurance focusing on analytics and regulation in the financial services sector, 4most was named in the Financial Times – as one of Europe’s Fastest Growing Companies in 2019 and 2020 and has been listed multiple times as a Sunday Times Fast Track 100 company